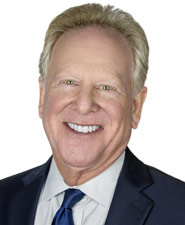 He achieved his first commercial success as one of six people to start International Banking Technologies, a company that created the idea of full-service bank branches inside supermarkets. This concept revolutionized banking by having bank branches open at night and on Saturdays and Sundays.

Mann’s next ventures were in high tech. He was COO of a startup that created a commerce exchange that allowed commercial construction industry wholesalers to order parts from manufacturers electronically. After this company was acquired, Mann became CEO of a company that pioneered an educational TV channel over the Internet, made possible by patenting technology at another company he ran and then took public.

In 2002, Mann was recruited by the National Restaurant Association to become Senior Vice President in charge of non-trade show revenue. Acting in the spirit of an entrepreneur-in-residence, Mann directed the growth of membership and reoriented sponsorship activities to make them value rather than cost-based, thus dramatically increasing these dollars. Taking advantage of his entrepreneurial acumen, he created unique business partnership programs that increased the association’s non-dues revenue three-fold.

In 2008, Mann became the first-ever COO of Associated Builders and Contractors. He ran the $24 million organization, its for-profit subsidiary and its foundation, so that the CEO could travel the country as the face of the industry.

In 2012, Mann created the Todd Mann Management Group. In addition to providing a variety of key services to trade associations and professional societies, he also serves as Executive Director of two small education associations.

On a Personal Note